The evolution of fish oils such Omega and EPA/DHA

FMCG Gurus recent research indicated that fish oils rich in EPA are most effective in alleviating the symptoms of depression but are there other health conditions likely to benefit from such oils?

Consumers have increasingly favourable perceptions towards fatty acids such as Omega 3, Omega 6 and DHA. This is because consumers are taking a greater interest in the ingredients contained in their food and drink.

Across the globe, depression and anxiety are on the rise. A high proportion of consumers say that they regularly suffer from feelings of stress and anxiety and this is something that can have an impact on the quality of life. Such feelings of depression are being brought about by the frantic nature of modern life and people’s inability to switch off and relax and unwind. This is something that consumers want to address and as such, it is beneficial to position products around Omega 3 as improving mental wellbeing. 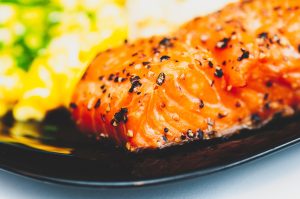 Linked to mental wellbeing, a key issue that brands need to promote is the link between fatty acid consumption and eye health. Eye health issues are becoming more common. Whilst extreme conditions such as AMD are on the rise, modern lifestyles are also resulting in consumers causing damage to their retinas because of their overuse of technology. For instance, consumers are spending more time in front of smartphones, tablet and TV screens for personal and professional reasons than ever before. The blue light from such screens is something that can have a negative impact on the retinas. At the same time, activities such as answering emails and checking social media on smartphones in bed are also something that can have an impact on sleeping patterns. This is something that can lead to consumers feeling tired and fatigued.

Compared to other cognitive health issues such as mental wellbeing in general and feelings of stress, consumers are less aware of the impact that current lifestyles can have on their eyesight. This is something that needs to be addressed, particularly as society ages.

stevia and the impact it has for tomorrow

Are we focusing too much on health?

The impact of rising prices for UK consumers

The war on sugar?

The evolution of fish oils such Omega and EPA/DHA

Meal skipping common across the globe